Once upon a time when I was in High School where there was that guy always everywhere. A guy that was doing everything, known from the youngs and the olds or kings of the school as some used to call themselves.

You could see from far that he loved making people happy and loved to spread fun and energy everywhere he was going; animating, participating, cheering, laughing and just living.

Few birthdays have passed and here he stands: Both feet rooted in what he loves the most; 23 years old and fully paid to live from his passion for 2  years now.

He had a handfull of passions and decided to make it happen. Pierre-Luc can now explains that his job is to make people happy. Isn’t that great?

Here’s what she had to say about passion…

A lifestyle, a part of me, it’s like drinking or sleeping; it’s vital, it’s who I am

When people think about P-L, they think about what he does. He knows he is at the right place and he excels at it.

For him, when you are paid to do what you love and when it happens naturally, you know you are made for it! His passion is the only drug he takes!

He is a lover of everything: music, animating, sport, dance, bubble soccer, children animation, he will soon integrates a dance troupe and is DJ. Among that he teaches Zumba, has a passion for bubble soccer and loves doing animation for kids.

Most importantly, for him the key is to always push your limits and try to make all your passions happen as if they were one!

Basically, what he does is spreading happiness! Because there is no bad sides at his job; he put smile on people’s face and creates lifelong memories.

How did your passion evolved in your life?

When you realise something is for you, you have to grow into it and work your way up

When he was a child, Pierre-Luc was already the first at the microphone, animating evening for his family and captivating people with his passionate attitude. He continued in this road at school and in his free time.

His dad saw this fire in him and encouraged him

At the end of high school, opportunities started to rise. Miroslav Dufresne, a friend, proposed him to teach him how to become a DJ. Miroslav started by asking him if he knew music; of course he did.

Dancing salsa with his mom while making spaghetti sauce, he learned early how to dance and thus he knew music; as any dancer does.

Miroslav gave him his first step into a new world, showed him how to use a turning table and computer system in 2 hours and gave him a contract in a restaurant for the next day.

Pierre-Luc didn’t knew how to connect the cables, couldn’t figure out how to put the music on and eventually there were no music for the event at all; he wanted to abandoned. Although, he had to go back the next day…This time, Miroslav promised he would open the system for him. P-L went back, put the first song up as he noticed the restaurant manager was mad.

And the worst happened: the speakers broke

Miroslav went to talk to the manager and offered Pierre-Luc another contract at another restaurant since it was not his fault; promising again to help him to start the evening and put everything up.

For once, everything went well on that evening made him realise for the first time he could possibly love this!

Two or three contracts later, he decided he wanted to be serious about it and bought its first equipment

He then went to the restaurant with a brand new MAC and new DJ table and all went well, until one of his friends spilled her drink onto his computer after giving him a hug.

No rice would save it; its brand new computer was non functional

He had no money, 2000$ less and no materiel to work. Fortunately, his dad helped him and lent him his credit card so he could buy a new one, with the promise of reimbursing it within the next 3 months. At this point he admits that without his dad, he probably would have let everything down. But by giving him the chance to buy a new computer with a deadline, his dad tested his willpower at making it happen.

Because taking the money meant he had to be sure he would make enough money with his passion to pay it back; he had to be confident and trustful of his ability.

Therefore, what is his passion today wasn’t his passion at the beginning, because he had so many obstacles that it was almost vain. He could have abandoned everything, but his dad appeared as a good star by giving him a goal. It pushed him to work hard, make lists and call potential partners and clients evryday.

Another friend, Gael Comtois, helped him to get into the television world, gave him his first contract in a bar, stung his curiosity and helped him to grow into this world of music and animation.

And as it grew; he raised the bar. Invested back in its business and always made sure to stay innovative and understanding of the market and the changes.

Now he sometimes deals with crazy 16 hours a day, sometimes its only 5 hours.  His goal is to have a team, work with his sisters, Emily and Emmanuel and have people that are passionate like he his in his business.

In the end, he thinks it is a cumulative result of working on all these little things and getting tools for yourself at every step of the way.

Pierre-Luc has gotten most of his inspiration from his dad. It was a hard working monoparental man with three children having an eventful life. Even with the separation of his parents, his dad have always remained strong and present. He thinks that’s where he got his temper from.

Two of his good friend, Gael Comtois and Miroslav Dufresne also continue to inspire him because they excel in their field. It’s not about following, he adds, but really about taking the example from inspiring figure. And for that, there is no need to follow big stars like Will Smith he adds in laughter!

P-L suggests to just look around and when you see people you’ve known; succeed in a domain that they are passionate about, It’s even more powerful. 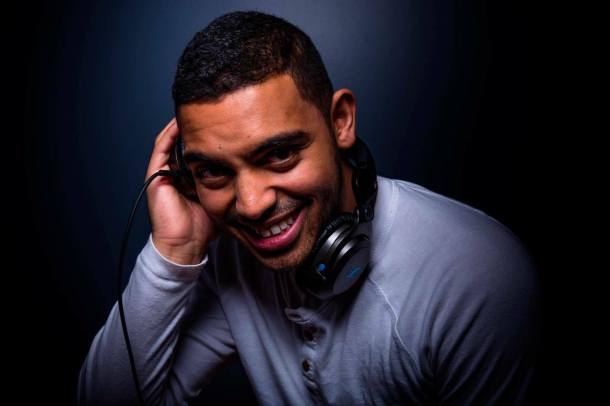 It doesn’t really matter for him because one way or another, it will be on his road and related to its trajectory. Whether it’s animating shows, being a web reference, humorist… life will take him somewhere! He believes in life enough to know life wouldn’t stop but it would only be new challenges.

And somehow is passion will remain even if it’s not within him. He shares it a lot and has integrated his sister in his universe; he wants to see her bloom within his passion! His sister Emmanuelle Comtois his him power 2! They are strongly connected as they are twins! And the way he builds up his passion, his sister would take the lead. Although he doesn’t think it will happen to lose the fire one day, because has he said:

It just can’t happen because my passion his me, you understand? It’s just impossible.

What does taking a flight means for you?

Pierre-Luc sees it as an invitation to be free and passionate.

What would you tell to someone who is scared?

Look at you in the mirror and ask yourself: Is there someone like you? No. You are the only person you are, with a unique identity. You just have to decide who you want to be

It is all about determination, it’s a lifelong process. But Pierre-Luc believes it’s worth and you must never give up, always do more and come into bloom. The recipe for him would be to believe in you, jump eyes closed in this adventure and be surrounded well, because having a good surrounding makes it easier.

He adds that if anything or anyone holds you down, either you try to still move upward with them or you let go. Because even if they are good friends, you have to make sure you won’t fall down with them.

Do you regret dropping everything to follow your passion?

He admits that making the jump was hard; to let go of stability and to tell yourself:

Okay, I let go of the weekly 40h job that doesn’t push me toward my ambitions

It was about believing in himself and realising its worth; finding contact and the people that helped him to always keep pushing while he kept meeting the good people.

When you recognize your strengthts and what you are good at, even though you see your friends going to College and University and you might wonder, it is always worth it.

He wasn’t particularly good at school and instead of forcing himself in his weaknesses, he observed his strengths and he started to climb directly in his field, while some might need to change 8 times university programs before getting where they want to be!

He let go of certain things to make it happen but he would never let his family and people behind. Because it’s his foundation and without foundation a house can’t stand up.

What is the worst that can happen if you take a flight toward your passion?

He answers with a sparkle in his eyes:

That I end up having had the best years of my life and to still be happy.

And then add with more humour that thinking about the worse could be to lose his voice, have his legs broken or become paraplegic. Because truly, he thinks that as long as he will remain healthy, he will always find a way to do what he loves. No matter the obstacles, because he has his surrounding and motivation to overcome any challenges.

What do you tell yourself when you get discouraged?

He tells himself what his dad told him:

If we don’t fall we can’t raise ourselves up. And If we don’t stand up, how can we move forward in life?

He thus forces himself to move forward. Sometimes, he says, you sit with yourself and think about another solution, because he believes that you have to make changes in order to avoid stagnation.

Listen, accept to get inspired by people, look around, and from there, solutions raise by themselves; just let time happen

In the end, even when you make a bad decision or if you fall down head first, he precises that it doesn’t mean that a great success is not to come.

Should you pursue your passion if you are alone in the world?

Pierre-Luc says he would fight with his character; it’s in his nature. One way or another, he thinks he would have found a way to become who he wanted to be. But it all starts from within and one thing is sure; if you don’t try you won’t have anything.

You are the one looking at yourself in the mirror; your own motivation, your own success. It remains to be seen how you will model your universe 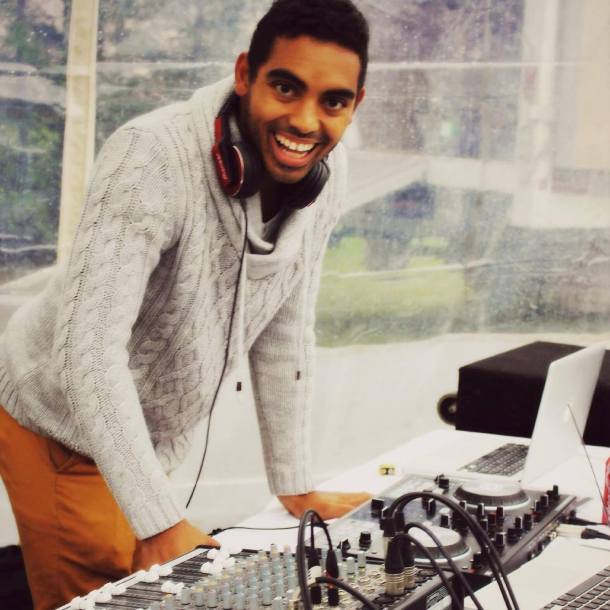 Any closing remarks to add?

Take time to take time; for you, for yourself, for the others. Learn how to balance your time and you will excel in everything

And as everyone after this question, not knowing whether they should come up with some crazy wise last advices, he laughed and added with a marketing voice:

Be well, be healthy, be happy

Huge thanks to our Third Flighter, Pierre-Luc Théroux. Discover his passion here: