Creative Paths Of Wanderers / We are Flighters 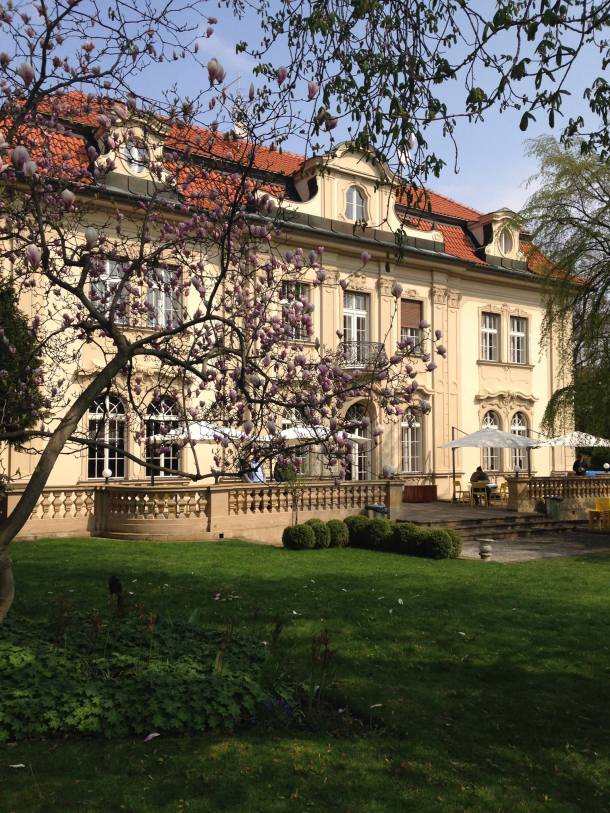 Same time last year, I was in the last days of my corporate job. I was preparing to leave on a vacation to mark the end of a ten-year era of my life, not knowing what life had in store for me beyond a different job. Twelve months later, I am in Prague, sitting in a former embassy residence turned into a coworking space. With a big grin on my face.

Saying Remote Year will be a turning point in my life is the understatement of the century.

I chose to come on this trip because I wanted more out of life. And whatever I was doing before wasn’t getting me where I wanted to be, it just felt like being stuck in quicksand. Now, my life is more like playing with clay every day; it’s messy, I start out with an idea of what I want to accomplish, yet I often end up not getting the results I was hoping for. But I’m getting results. And I have been challenged on so many levels already!

This second month is a whole lot easier in terms of adaptation. There is no jet lag to deal with, there was only a handful of new people to meet, I knew which pointers I needed to set in the first days to adapt quickly. Upon arriving in Prague, I immediately set out with the group for drinks to meet our local team. The following day, I did a walking tour in the Old City to get a lay of the land. I went to the grocery store in the hope of building some home cooking habits (at least for breakfast). Finally, I spent hours walking around filling my eyes with the beauty of Prague at sunset and in the evening. I was very satisfied with the grounds I laid during that first weekend.

Falling head over heels in love with this big and beautiful city was very easy. The weather was glorious when we got here. My apartment turned out to be very modern, with a king-size bed, a Juliet balcony and a view on a courtyard shared by dozens of multiple pastel-colored buildings. I did not expect such a great living space! I live in a pretty neighbourhood, walking distance from Old Town but also full of public transportation options as 2 metro stations, 3 tram lines and numerous bus routes are within 10 minutes of walking. The Old City buildings are magnificent. Each has its own pastel colour, style, embellishments, and statues. I never have enough eyes to see everything.

My experience in Prague has also been humbling and eye opening. The local team organized activities for us that opened my (somewhat young) Canadian eyes to the reality of the Second World War. I currently live in a city that was under German occupation for years. I got to learn about the resistance; how exiled authorities and local militias tried to save the Czechoslovak nation. I learnt about the atrocities the nazis committed in Lidice and in Terezín. Being here and learning about that time not-so-long-ago made me realize I have a duty of remembrance, one thing I certainly had not planned for this year, but which will for sure change the way I experience the next cities and countries we will travel to.

Prague also had me (somewhat) falling back into old patterns and I am working hard on breaking them. I am a loner; my first thought is always that it will be so much easier if I just do it by myself. I have mostly been working from the apartment this month instead of going to the workspace. However, I try to attend as many social events as I can. I have rarely declined an invitation to go out, unless I had others plans. Thankfully, it is all getting easier. I am not in the thick of things, but I have developed good relationships with many people. I am a free electron moving from one circle to the other. I like the freedom, but I sometimes long for being an integral part of a group.

I’ll see how things evolve. I trust the process. Most importantly, I am staying true to myself. I am not trying to copy or mimic someone else to better fit in. That is one big lesson I’ve learnt over the past year. All the same, I reflect on how much I will have changed over this year. Before getting on the plane, one of my friends told me “you will have changed so much when you come back!” Two months into this adventure, I can see it happening. My perception of myself is sharpening. My life goals are getting clearer. I can’t see the end result yet, but I’m a work in progress.

I am moving on to Lisbon for the month of May, and I can’t wait for the thrill of hitting the reset button and starting all over again, to see what else I will discover.

atricia is a freelancer in communications who loves traveling. Both a big dreamer and a very down-to-earth woman, she aspires to live the minimalist life for the next year while spending more on life-enriching experiences than on possessions. The catalyst of her life change was the passing of her recently-retired father, which made her realize she wanted more out of every day. On top of her monthly article for the project, she will share her experiences of the next year on her own  blog www.jemechoisisblog.wordpress.com

One thought on “The Journey of a Travelling Freelance”